The International Year of Light: Celebrating Fifty Years of Laser Revolution in Physics 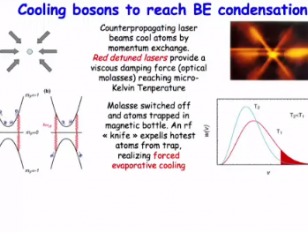 The year 2015 has been named the International Year of Light, to mark milestones in the science of light which occurred 1000, 200, 150, 100 and 50 years go. I was a young student in physics in 1965, when the cosmic radiation background was discovered and the first applications of the laser to fibre optics communication proposed. Although the laser appeared as a novel tool for research, nobody imagined to which extend it would revolutionize physics in the years to come. I will describe how this fantastic source of coherent, monochromatic and intense radiation has changed the perspectives in many areas, from the extraordinary accurate measurement of time to the study of ultrafast phenomena, from the achievement of the highest temperatures reigning in the hearts of stars to the lowest temperatures in the universe. In my own work, lasers have been the indispensable tools which have made possible the control and manipulation of single quantum particles and the development of quantum information science, in ways I could not have imagined at the time I was a student.