Light Quanta and Their Idiosyncrasies

View Light Quanta and Their Idiosyncrasies 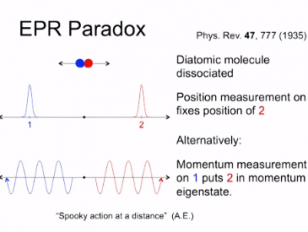 Maxwell’s electromagnetic theory (now 150 years old) seemed in its comprehensive way to be capable of answering all of the questions one might ever pose about the theory of light. But that spell was broken in 1900 by Planck’s discovery that light beams are showers of discrete energy quanta that behave like particles. Although the theory of light was where the quantum theory began, its further course was presently filled with dilemmas and paradoxes that were only resolved by the eventual development of the quantum theory of material particles in the 1920s. It is interesting to describe some of those apparently strange behaviors, and to discuss some additional and more novel ones that were introduced by the concept of entanglement, which is intrinsic to the full quantum theory.

What is Quantum Optics?
Lectures
2903 views

The nature of light
Lectures
1062 views