Drug Development in the 21st Century – Are We Going to Cure All Diseases?

View Drug Development in the 21st Century – Are We Going to Cure All Diseases? 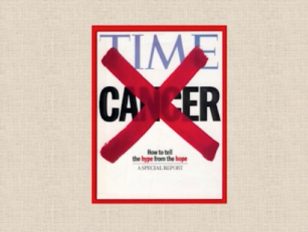 Many important drugs such as penicillin, aspirin, or digitalis, were discovered by serendipity – some by curious researchers who accidentally noted a “strange” phenomenon, and some by isolation of active ingredients form plants known for centuries to have a specific therapeutic effect.  Other major drugs like the cholesterol reducing statins were discovered using more advanced technologies, such as targeted screening of large chemical libraries.  In all these cases, the mechanisms of action of the drug were largely unknown at the time of their discovery, and were unraveled only later.  With the realization that patients with apparently similar diseases at diagnosis – breast or prostate cancer, for example – respond differently to similar treatments, and the clinical behavior of the disease differs from patient to patient, we have begun to understand that the mechanistic/molecular basis of what we thought is the same disease entity, is different.  Thus, breast cancer or prostate cancers appear to be sub-divided to smaller distinct classes according to their molecular characteristics.  As a result, we are exiting the era where our approach to treatment of these and many other diseases is ‘one size fits all’, and enter a new era of ‘personalized medicine’ where we shall tailor the treatment according to the patient’s molecular/mutational profile.  Here, unlike the previous era, the understanding of the mechanism will drive the development of new drugs.  This era will be characterized initially by the development of technologies where sequencing and data processing of individual genomes will be fast (few hours) and cheap (<US$1,000), by identification and characterization of new disease-specific molecular markers and drug targets, and by design of novel, mechanism-based drugs to modulate the activities of these targets.  It will require a change in our approach to scientific research and development and to education, where interdisciplinarity will dominate, and replace in many ways, the traditional, discipline-oriented approach.  Entry into this era will be accompanied also by complex bioethical problems, where detailed genetic information of large populations in developed countries will be available, and protection of privacy will become an important issue for health authorities.

Are We Going to Cure all Diseases and at What Price?
Lectures
1221 views

A history of autism: my conversations with the pioneers
Lectures
1334 views