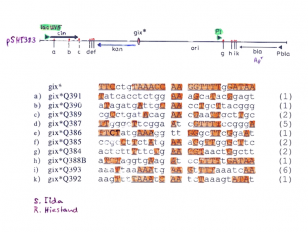 After reconsidering the very long time periods in cosmic evolution, we will focus our attention to the evolutionary development of living organisms on our planet Earth. The genetic variants (mutations), which are occasionally produced, are alterations in the linear sequences of nucleotides of double-stranded DNA molecules and they drive biological evolution. In the past 70 years, scientific investigations have revealed that a remarkable number of specific molecular mechanisms of genetic variation contribute to evolutionary progress. We can classify these mechanisms into three natural strategies of genetic variation according to specific qualities of their contributions to biological evolution: local DNA sequence changes, intragenomic rearrangements of DNA segments, and the acquisition of a segment of foreign DNA by horizontal gene transfer. Products of so-called evolution genes are thereby involved in cooperation with a number of non-genetic elements. We can conclude that ‘natural reality’ actively takes care of biological evolution. This includes both, the largely contingent production of genetic variants and a drastic limitation of the rates of genetic variation. On the basis of available scientific knowledge we will discuss world view-related aspects and concerns on the long-term sustainability of evolutionary developments on our planet Earth in the context of the cultural evolution of humankind. In conclusion, we recommend respecting the scientifically identified laws of nature for any intended cultural application of scientific knowledge to the benefit of humankind and its environment.