The Building Blocks of Matter

View The Building Blocks of Matter 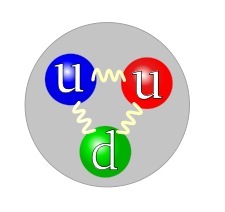 The Large Hadron Collider at CERN is the biggest science experiment ever built. Scientists from all over the world are heading to CERN with the aim of recreating particles from the beginning of the universe. Dr Brian Cox takes us on a scientific journey from the discovery of the electron and the birth of particle physics, via the discovery of quarks, to the building of the Large Hadron Collider at CERN.

The Hunt for the Higgs
Lectures
995 views

In search of the mysterious magnetic monopole
Lectures
946 views

The Mystery of the Missing Mass
Lectures
981 views