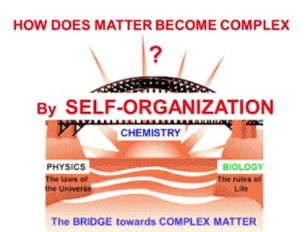 Much of the chemical industry is based on processes that were developed decades ago.  The change in the cost of petroleum carbon and energy sources and the need to control emissions of carbon dioxide and other pollutants will change the rules of the industry.  As the rules change new processes will be required.  Catalytic processes provide Green routes to many old and new chemicals and open new sources of carbon.  We will use examples from our work on olefin metathesis to give examples of how catalysis can be used to meet the challenges imposed by the changing conditions.  The conversion of bio-renewable sources of carbon into know chemical intermediates or new materials will often require the removal of functionality (or reduction) since most bio-renewable sources of carbon are over oxidized.  This will require new catalytic process to replace those that have been developed using petroleum as a carbon source that are focused on the introduction of functionality instead of its removal.  Of the readily available bio-renewable carbon sources, seed oils are the most reduced materials.  Since the fatty acids in these systems are mostly unsaturated, they are easy to modify.  The cleavage of the double bond by the use of olefin metathesis catalysts results in a hydrocarbon and a functional olefin.  The hydrocarbon can be utilized as a fuel or normal petrochemical and the functionalized part can be utilized as a chemical intermediate.  This process is now being developed on a significant scale.  Each step in a synthetic process generates wastes.  Catalysts can eliminate steps and protecting groups.  Examples will be given where catalytic processes can be much more efficient than the present transformations.  An important area of Green chemistry that is often ignored is the replacement of polluting materials with those that are more benign.  Such materials can be easier to recycle or are less polluting.  For example, pesticides allows the efficient production of foodstuffs, however, they are persistent and have shown significant environmental problems.  The development of alternative methods such as those based on pheromones could significantly reduce the impact of pest control.  Recently, a family of catalysts has been developed that promises to provide cost effective routes to the production of an array of pheromones.