‘Against images made by hands’: Florence Nightingale’s reluctant life in portraiture

View ‘Against images made by hands’: Florence Nightingale’s reluctant life in portraiture 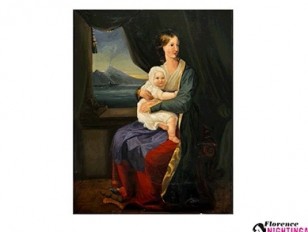 Florence Nightingale disliked having her portrait taken as much as she hated being a celebrity, yet it was largely through the visual representations of her face and person in the press that she gained iconic status in Victorian England. Used as a model by her artistic and adoring sister and cousin, sketches of the young Nightingale contrast sharply with the photographs and paintings of her later years, when the pressures of her work and ill health are very apparent. Representations of the idealised Angel of the Crimea tell as much about attitudes of her time as they do about the reality of her life. Natasha McEnroe will examine Nightingale’s life through a selection of images of her, and will consider whether they can shed some light on the controversy around the mysterious illness of her later years.

Photography as it Used to be
Lectures
1425 views