Why Our Proteins Have to Die so We Shall Live

View Why Our Proteins Have to Die so We Shall Live 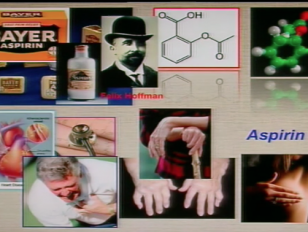 Between the sixties and eighties, most life scientists focused their attention on studies of nucleic acids and the translation of the coded information. Protein degradation was a neglected area, considered to be a non-specific, dead-end process. While it was known that proteins do turn over, the large extent and high specificity of the process – whereby distinct proteins have half-lives that range from a few minutes to several days – was not appreciated. The discovery of the lysosome by Christian de Duve did not significantly change this view, as it was clear that this organelle is involved mostly in the degradation of extracellular proteins, and their proteases cannot be substrate-specific. The discovery of the complex cascade of the ubiquitin pathway revolutionized the field. It is clear now that degradation of cellular proteins is a highly complex, temporally controlled, and tightly regulated process that plays major roles in a variety of basic pathways during cell life and death, and in health and disease. With the multitude of substrates targeted, and the myriad processes involved, it is not surprising that aberrations in the pathway are implicated in the pathogenesis of many diseases, certain malignancies and neurodegeneration among them. Degradation of a protein via the ubiquitin/proteasome pathway involves two successive steps: (a) conjugation of multiple ubiquitin moieties to the substrate, and (b) degradation of the tagged protein by the downstream 26S proteasome complex. Despite intensive research, the unknown still exceeds what we currently know on intracellular protein degradation, and major key questions remain unsolved. Among these are the modes of specific and timed recognition for the degradation of the many substrates, and the mechanisms that underlie aberrations in the system that lead to pathogenesis of diseases. The recent discovery of modification by ubiquitin-like proteins along with identification of _non-canonical” polyubiquitin chains that serve non-proteolytic functions, have broadened the scope of the system beyond proteolysis and set new challenges in for biologists and proteomic experts. Major challenges in the field are clearly (i) identification of the cellular proteins tagged by ubiquitin and ubiquitin-like proteins, (ii) identification of the downstream elements recognized by these chains, and (iii) deciphering the structure of the different ubiquitin and ubiquitin-like chains that tag the different proteins.

The Revolution of Personalized Medicine: Are We Going to Cure All Diseases and at What Price?
Lectures
969 views

The Fuel of Life
Lectures
638 views