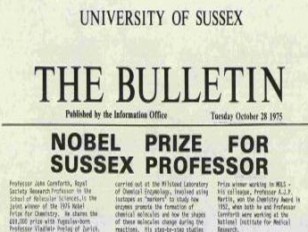 Video of John ‘Kappa’ Cornforth who was born in Australia, and has been profoundly deaf since his teens. He moved into the field of organic chemistry at Sydney University where he met his wife Rita. Together they moved to Oxford and had a profound influence on the work on penicillin during the war. In 1975 he received the Nobel prize for chemistry for his work on the stereochemistry of enzyme-catalyzed reactions.

How to be Right and Wrong
Lectures
1157 views