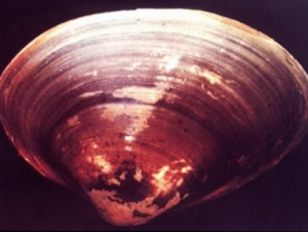 The selective degradation of many short-lived proteins in eukaryotic cells is carried out by the ubiquitin-mediated proteolytic system.  In this pathway, proteins are targeted for degradation by covalent ligation to ubiquitin, a highly conserved small protein.  The ligation of ubiquitin to protein involves the successive action of three types of enzymes: the ubiquitin-activating enzyme E1, a ubiquitin-carrier protein E2 and a ubiquitin-protein ligase, E3.  The selectivity and the regulation of the degradation of a specific protein are usually determined by the properties of its specific ubiquitin ligase (E3) enzyme.  We have been studying two ubiquitin ligase complexes that have important roles in different aspects of cell cycle regulation.  One is the Anaphase-Promoting Complex/Cyclosome (APC/C), which acts on mitotic cyclins and some other cell cycle regulators whose degradation is essential for exit from mitosis.  A different ubiquitin ligase complex, SCFSkp2 (Skp1-Cullin-F-box protein-Skp2) is involved in the degradation of p27, a mammalian G1 Cdk inhibitor, in the G1 to S-phase transition.  Work from other laboratories has shown that ubiquitin-mediated degradation of regulatory proteins is involved in a large variety of basic biological processes including the control of cell proliferation, inflammation and immunity, embryonic development, signal transduction and gene expression.  Abnormalities in protein degradation are involved in diseases such as some types of cancer and neurodegenerative disorders.  The mode of the involvement of the ubiquitin system in cancer will be discussed in some detail.

Roles of Protein Degradation in Health and Disease
Lectures
1753 views

Curiosity and its Fruits: From Basic Science to Advanced Medicine
Lectures
955 views