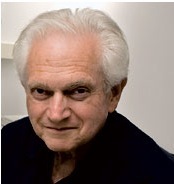 This interview starts with Nirenberg (Nobel Prize in Medicine, 1968) giving his recollections of his school years. He remembers going down into some limestone caves in Florida at the age of 13-14. It was full of fossilized large animal bones. In fact, saber-toothed tigers were found. During his undergraduate degree at the University of Florida, Gainsville he got a job as a technician working on samples and calculations and working with bio-chemists. This led to Nirenberg doing a PhD at the University of Michigan, Ann Arbor with Jim Hogg working on sugar transport and reactions. He thought that University was wonderful – the freedom and the chance to learn and nobody to tell him to go to bed!  His Grandfather came from Russia at the age of 12 and got a job in a shirt factory sweeping the floors and ended up running the factory! His father also worked in the shirt business for many years until he sold up the factory and bought a dairy farm.  Nirenberg went on to get a postdoctoral position at NIH (National Institutes of Health, Bethesda, Maryland, 1959-1960) and to continue the work that he started at Michigan. A man who greatly influenced him was Gordon Tompkins. As a result of his influence he changed fields he says in order to explore and discover things. He started working on messenger RNA and protein synthesis. He worked by himself but had others like Tompkins close at hand to speak with. He says that he virtually lived in the laboratory (that was before he was married).  Nirenberg goes on to speak in depth about his early and latter day scientific research. He says that to his horror he has found that he likes to compete, as it focuses him!

The Origin of Life
Lectures
799 views