The Beginning and Development of the Universe

View The Beginning and Development of the Universe 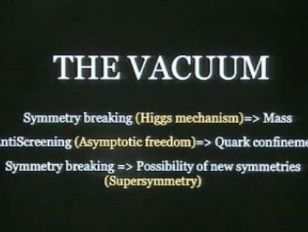 By careful investigation of relic left on the cosmic scene we have very good evidence and constraints on what has occurred since the beginning of the Universe. This talk reviews the evidence including images and information from the very first light about the early universe and its subsequent development. Since that epoch we have seen the formation of stars and galaxies as well as eventually solar systems. All of this hangs together in a simple model with some exciting new features.

Mapping the Universe and Its History
Lectures
1262 views

Voyages through the heliosphere
Lectures
875 views