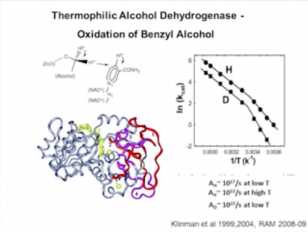 We consider two fields of single molecule studies of intermittently fluorescing systems.  In both fields the intermittency is assumed to involve diffusion controlled electron transfer.  One of these studies involves the initial steps in dye-sensitized semiconductor systems, in which an electron is injected from a photo-excited dye molecule into the conduction band of a semiconductor, for example, into a film of sintered nanoparticles or a crystal, or into the band gap of the semiconductor.  The theory has as a consequence a diffusion-based power law for the distribution of waiting times P (times between events) for the return of the electron to the dye.  The plot of log P versus log t has a slope of -1, consistent with diffusion for the given geometry.  When the electron injection is instead into the band gap, a power law is also predicted for the injection, again with a power of -1.  The presently sparse existing data are consistent with these findings, and will be discussed.  We also consider the interplay between single molecule and ensemble studies and the role of time scales in understanding some of the relationships.  Another study of intermittent fluorescence is that on semiconductor quantum dots, whose behavior is assumed to be due to a ‘structural-diffusion’ (spectral diffusion) together with an electron transfer at and also beyond the surface.  Among the many data are a power law for the distribution of waiting times with a slope of around -1.5 for the ‘dark’ state and also for the ‘light’ state, with the latter having in addition an exponential tail whose onset depends on the intensity of the excitation light.  Biexcitons have been recently invoked in an explanation of the tail.  Theory is evolving and a comparison with experiment is given.  The complementarity of single molecule and ensemble studies again plays a role in the analysis.

From ‘On Water’ and Enzyme Catalysis to Single Molecules and Quantum Dots, Theory and Experiment
Lectures
1029 views