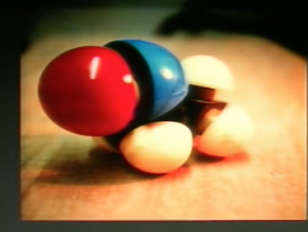 The fact that our modern world is so completely and precariously balanced on Science, Engineering and Technology (SET) makes an understanding of these disciplines by all in positions of significant responsibility vital. lthough wise decision-making may not be guaranteed by knowledge, common sense suggests that wisdom is not a likely consequence of ignorance. So far SET have truly revolutionised our lives and there is no doubt that the humanitarian contributions have improved the quality of life in the developed world immeasurably. It is worth reminding ourselves that, for instance, in the 18th Century half of all children died by the age of 8. It is also worth reflecting on the fact that this improvement was brought about by scientific/technological advances based on doubt and questioning – evidence dependent philosophies totally at variance with the belief-based concepts that underpin all mystical societal attitudes. The conflict between these two orthogonal philosophies is nowhere more obvious than in the recent avalanche of attempts to undermine the validity of Darwin’s Theory of Evolution and in particular corrupt the intellectual integrity of our educational system. The fact that this is taken at all seriously indicates a level of basic public gullibility which is being wilfully and maliciously exploited by intellectually corrupt organisations focused primarily on undermining the rational principles that led to Democracy and the Enlightenment. The mindless acceptance of the claims is hard to credit when one considers that almost everyone in the western world has benefited from the socio-economic advances of SET – in particular medical advances based on a deep understanding of the evolutionary process. Society has the power to use technology so that it can be of benefit or be detrimental. On the latter score one should note that political decisions have resulted in the existence of some 28,000 nuclear weapons worldwide. In addition it now appears that our technologies may well have also catalysed a mindless mass-production driven plundering of the Planet’s resources. We may be hurtling towards disaster – we may not need an asteroid. For a 50:50 chance of surviving into the next century every segment of society, from industrialists, engineers and scientists to politicians, farmers and fishermen must now recognise that these issues are the most serious that the human race has ever confronted. Our only hope for survival rests on the shoulders of those who take survival and sustainability issues seriously – and do something about it. I see a key role for _Nanoscience and Nanotechnology” which is arguably – and I would argue it – just a new name for Chemistry where this discipline overlaps Condensed Matter Physics, Molecular Biology and Materials Engineering. I also see improved SET education as vital. We have manifestly failed in this endeavour but there may be one last hope: The Internet is a major new communications technology which we must exploit to educate people on a global scale in the rational attitudes to decision-making that are now vital to our very survival. With the Vega Science Trust, (www.vega.org.uk), we have made over 200 TV and Internet programmes (almost half shown on the BBC). It is a highly successful platform for scientists to communicate directly and improve the public awareness and understanding of SET. With an exciting new Global Educational Outreach for Science Engineering and Technology (GeoSet, www.geoset.info) initiative we are working with other universities to make outstanding educational material available in any part of the world. The major aim is to empower teachers, worldwide, by giving them access to the best teaching material, packaged for direct use in the classroom, together with expert examples of how the material might best be presented.

Forever Young – How long can we live?
Discussions
1594 views