Natural History and the Rights of Woman

View Natural History and the Rights of Woman 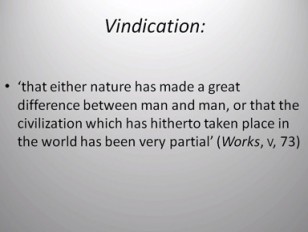 During the two-year period of the composition and publication of her Vindication of the Rights of Woman (1792), Mary Wollstonecraft, the mother of Mary Shelley and early advocate of women’s rights, read and reviewed a number of important works of natural history for a periodical called the Analytical Review. Wollstonecraft is not known for her interest in science but in this talk I show that reading these texts helped her to formulate her feminist theory. Close attention to her reviews of natural history reveal her developing thought on issues of equality, education, and what it means to be human. On a more general note,Wollstonecraft’s reviews show that in the late eighteenth century, people were aware of the political purpose of scientific writings.

Are IT Services Cooperative?
Lectures
1350 views