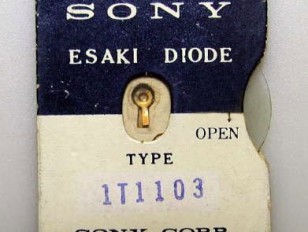 Leo Esaki is a Japanese physicist who shared half the Nobel Prize in Physics in 1973 with Ivar Giaever for the discovery of the phenomenon of electron tunneling. The second half of the prize was awarded to Brian David Josephson. He is known for his invention of the Esaki diode, which exploited the electron tunneling phenomenon. His early work was on the vacuum tube which was the dominant electronic device prior to 1947 when the transistor was invented at Bell Telephone and the new filed of semiconductor physics was born. Leo Esaki is both an experimentalist and a theoretician.