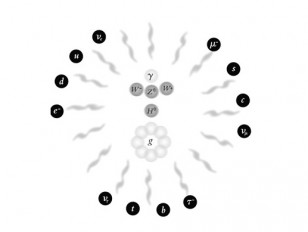 Gerardus ‘t Hooft, the Netherlands shared the Nobel Prize in Physics in 1999 with Martinus J.F. Veltman, the Netherlands ‘for elucidating the quantum structure of electroweak interactions in physics’. He came from a family of intellectuals. His great uncle was a also Nobel Laureate. As a child he was very good at science and mathematics and admired the work of people like Einstein and Bohr. He did most of his work for his Nobel Prize as a graduate student but did not receive the prize until 30 years later. He believes that experts in theoretical physics today can give rational explanations to the entire universe! From his own scientific basis he does not believe in an afterlife.

The quandary of the quark
Lectures
813 views