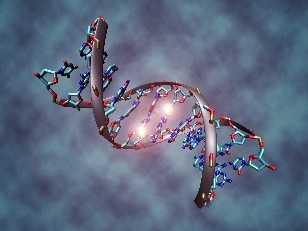 The human genome sequence has been available for more than a decade, but its significance is still not fully understood. While most human genes have been identified, there is much to learn about the DNA signals that control them. This lecture described an unusually short DNA sequence, just two base pairs long, CG, which occurs in several chemically different forms. Defects in signalling by CG are implicated in disease. For example, the autism spectrum disorder Rett syndrome is caused by loss of a protein that reads methylated CG and affects the activity of genes.Adrian Bird CBE FMedSci FRS is the Buchanan Chair of Genetics at the University of Edinburgh.The Royal Society GlaxoSmithKline Prize Lecture is awarded for original contributions to medical and veterinary sciences published within ten years from the date of the award.