Flight in Birds and Aeroplanes

View Flight in Birds and Aeroplanes 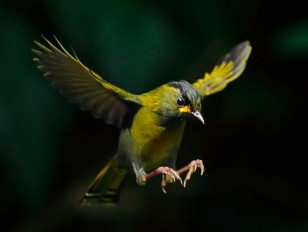 John Maynard Smith, one of our most eminent evolutionary biologists and scientific communicators originally trained as an engineer and spent the war years designing aircraft. He describes the way that flight developed in the animal kingdom. The fossil record indicates that the long tails which stabilised the flight of the first birds evolved into shorter, less stable, structures which allowed greater agility.

The Origin of Life
Lectures
876 views

The Role and Species of Beetles Worldwide
Undergraduate presentations
978 views