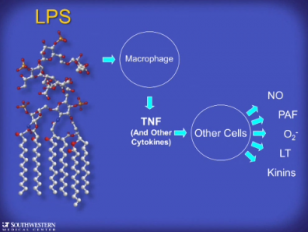 Beginning with an exception to normal function caused by a genetic aberration, one may hope to find at least one protein with non-redundant function in a certain biological process. This approach permitted the identification of the receptor for bacterial endotoxin (lipopolysaccharide; LPS) in mammals, which revealed a conserved system for the activation of innate immune responses, represented in plants, insects, mammals, and other taxa. But to be comprehensive, it is necessary to deliberately create mutations at random. This is best done with the efficient chemical mutagen N-ethyl-N-nitrosourea. The general strategy is known as ‘forward genetics’, and it offers a chance of finding all the key constituents of immunity, as queried through screens for aberrant phenotype. Historically, forward genetics was slow and expensive in mammals. We have developed techniques that make it several thousand-fold faster. We use massively parallel sequencing platforms to identify all ENU-induced mutations that cause coding change – and determine their zygosity – in all mutant mice prior to phenotypic screening. Statistical computation can then be used to identify mutations that cause phenotype as soon as phenotypic data are uploaded. At present writing, we have created more than 60,000 coding changes in the mouse genome, altering nearly 69% of all protein-encoding genes. We estimate that we have mutated about 18% of all genes to phenovariance and examined the mutant alleles three or more times in the homozygous state. Alongside a large number of genes that were previously known to support immunity, we have identified many genes with novel immune functions. We project the destruction of more than half of all genes within the next two years, and the development of an increasingly comprehensive understanding of sensing, signaling, and effector mechanisms that protect us from infectious diseases.