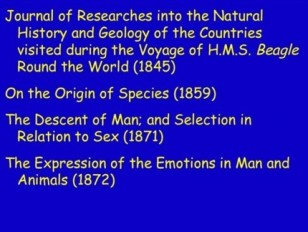 A lecture given as part of the Origins 09 series at Florida State University to celebrate the 150th anniversary of Darwin’s ‘On the Origin of Species’. Now in his 80th year, Alabama-born Edward Osborne (E.O.) Wilson has long enjoyed a reputation as one of the world?s most distinguished scientists. A native of Birmingham, Wilson spent much of his childhood in Mobile, Alabama. By the age of 9, he was fixated on a dream of becoming a great biologist. All but completely blinded in one eye from a childhood fishing accident, he developed an acuity for studying small animals, the most prominent being ants.

GFP and After
Lectures
1088 views