Cosmic Rays: the Most Energetic Particles in the Universe

View Cosmic Rays: the Most Energetic Particles in the Universe 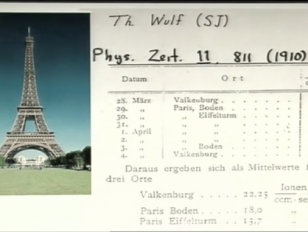 Astrophysical objects are able to accelerate atomic nuclei to energies 10^7 times more than man made accelerators such as LHC. _Particles arrive at earth from space with energies as great as 50 joules, a macroscopic energy in a microscopic particle. It is not understood how nature can accelerate particles to such energies. __Such remarkable events occur rarely, about one per kilometer squared per century. Recently a cosmic ray observatory has been built in Argentina that covers an area of 3000 square kilometers._ This Pierre Auger Observatory is a collaboration of 16 countries. _Excellent data has been collected since January 2004. The details of the observatory will be described. The most significant results will be reported.