Carbon storage: caught between a rock and climate change

View Carbon storage: caught between a rock and climate change 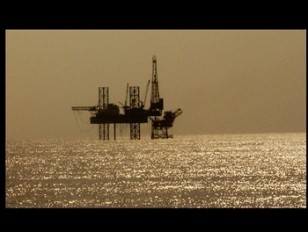 Bakerian Prize Lecture by Professor Herbert Huppert FRS Institute of Theoretical Geophysics at the University of Cambridge.    Since the formation of the Earth, the global mean surface temperature, carbon dioxide (CO2) and methane content of the atmosphere have varied considerably.  But over the past 150 years there have been dramatic increases in all three values. Professor Herbert Huppert, the Director of the Institute of Theoretical Geophysics at the University of Cambridge, will explore this rise and its probable significance, as well as one option that can potentially halt the rise in CO2- carbon storage.  This technology may combat the rise in greenhouse gases by storing CO2 in vast porous geological formations.  For the last fifteen years there has been considerable effort devoted to storing, or sequestering, some of the millions of tons of CO2 resulting from the burning of fossil fuels which otherwise would have been emitted into the atmosphere.  The first project, the Sleipner gas field off Norway’s coast, has successfully stored approximately 15 million tons of CO2 since 1996.  This lecture will explore some of the physical, chemical and fluid dynamical processes in the storage of CO2, as well as evaluate the risk of leakage back into the atmosphere.