Alchemy and patronage in Tudor England 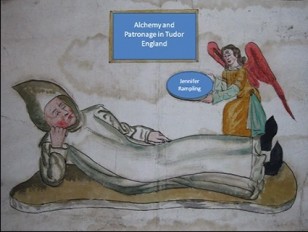 Dr Jenny Rampling, Dept. of History and Philosophy of Science, Cambridge.  In early modern England, alchemical practitioners employed a range of strategies to win the trust and support of powerful, even royal, patrons: from the preservation of health with potent elixirs, to the resolution of England’s bullion shortage through mass production of transmuted gold. Yet success relied on alchemists’ ability to interpret the obscure writings of past adepts, and to reliably translate them into practical procedures within a coherent natural philosophical framework. This talk will trace some of the ideas and practices elaborated in alchemical patronage proposals addressed to Tudor monarchs and their councillors – ideas that would eventually be revisited, and reimagined, by seventeenth-century practitioners.