Lindau – A Week With Nobel Laureates 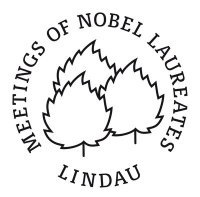 Each year some thirty or more Nobel laureates come to Lindau to give lectures and interact with around 1000 young scientists from around the world. In any one year the focus is generally on one area eg chemistry, physics, medicine or economics. The informal relaxed atmosphere enables the students to engage the scientists in informed and open-minded interaction. This unique formula attracts many representatives of the media and so encourages a dialogue between the scientific community and the public so contributing effectively to the general understanding of science and technology.nnThis documentary follows the experiences of 6 young British Ph.D students who competed to become some of the few British students previleged enough to attend the Lindau meeting of Nobel Laureates. A once in a life time experience we watch as these student prepare to meet their scientific heroes for the first time!

The End of Evolution?
Discussions
1127 views

Shakespeare the metallurgist, Eliot the spectroscopist: the cultural journey of the chemical elements
Lectures
1237 views