HIV, a Discovery Highlighting the Global Benefit of Translational Research 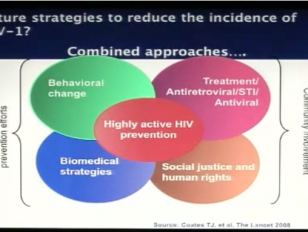 The fantastic progress made in medicine led the scientific community to hope about the complete eradication of infectious diseases in the middle of the 20th century. The sudden emergence of AIDS in the early 80’s cruelly reminded us that this dream was far from being true. In June 1981, clinicians in the United States first reported few cases of Pneumocystis carinii in homosexual men presenting all a severe immune deficiency. Soon after, similar observations were made in France. Realizing the urgency, some French clinicians started a working group and contacted, in December 1982, retrovirologists at the Institut Pasteur. The discovery of HIV few months later originated from this collective adventure, which mobilized clinicians, researchers and patients altogether. This collaboration later proved crucial to rapidly expand our knowledge of the virus and developing the first diagnostic tests and antiretroviral therapy (ART).Since then, the continuous mobilization of the scientific, clinical and patient communities, supported by local authorities and international organizations, enabled substantial progress in the worldwide fight against AIDS, especially in the field of access to ART in resource-limited settings. But beyond HIV/AIDS, these efforts prompted a global improvement of health care systems for the benefit of all patients independently of the infection they are suffering from. More than 25 years after the discovery of the etiological agent responsible for AIDS, research priorities still remain care, treatment and prevention with the major objective of developing a preventive vaccine. This objective remains distant today and in order to reach it, we must pursue our work following Pasteur’s vision of scientific commitment: a multidisciplinary and translational research for the global benefit of humanity.